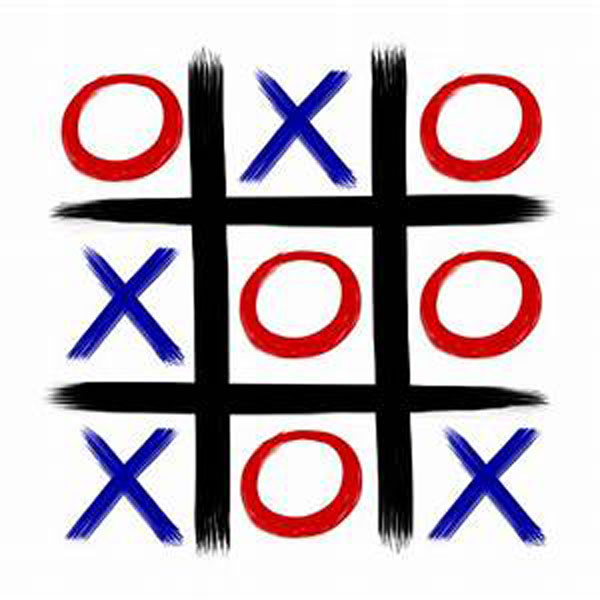 The game so bad-ass that it averted Global Thermonuclear War

Tic-Tac-Toe, or Naughts and Crosses, as the cool kids across the pond call it these days, is, without a doubt, the coolest, most fantastic, and toughest game of skill, luck and determination in the world.

Forget all those others games of so-called skill. You like Backgammon? Whatever, grandpa. How about checkers? Loser! Alright then, chess? NERRRRRRD!! 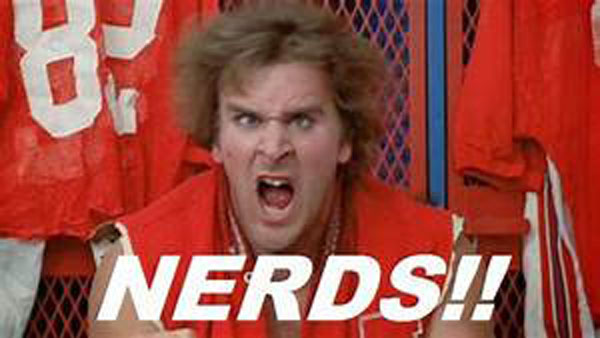 All those games need things, boards, dice, pawns, that stupid backgammon only cup, pieces, things, stuff; ugh, who has the time for all that. Triple T, as I like to call it, only need a stick. And dirt. And one other fool for you to lay the Tic-Toe-Smack Down onto.

No other game has the sheer number of permutations as this one. Permutations? I’m talking variety here, son. This game is swole with variety, boy. How much variety? Like 255,000 different outcomes baby. You can’t even count that high. I mean, you could, but you know you won’t, so it’s like the same thing.

I’m sold, Game Night Blog, but I’ve been living in a yurt under the highway for two decades now, and I don’t know how to play. Can you teach me?

Sidle up to the bar and let me slip you some knowledge. The first thing you gotta do is draw yourself an octothorp. Now if you don’t have a stick or dirt, you can use a pen and paper, but that’s not the purist tradition.

What’dya mean you don’t know what a octothorp is? It’s the Pound Sign on your rotary phone.

What’s a Rotary Phone?! What’s the matter with you?

Oh wait, you’re one of those millennial Instagram freaks aren’t ya? Okay, draw a hashtag, like this…

Now, you go first. Always go first. Starting second is for suckers. Put an X down anywhere you want. Your feeble opponent puts down an O. You put a second X. Your opponent fails to see your brilliant strategy and hopefully puts an O on a different piece of paper. You put your third X in a row, and Voila! Supreme Champion of the World!

Oh crap, I forgot the most important part. You have to choose your opponent very carefully. I like to play with babies, unconscious people, lobotomy patients, cadavers, and people with no arms. Surely, you can rustle up one of those in your neighborhood.

But let’s say for the sake of argument that you opponent is alive and awake and armed. I that case you are screwed, because this game is so cool that it’s impossible for two intelligent players to actually win. Just ask the WOPR supercomputer, nicknamed The Whopper.

That brings me to my next point. Pop-Culture references. Nobody has Tic-Tac-Toe beat in this area. Name me one movie that has checkers in it. Ya can’t, cause there ain’t none. How about chess? “Searching for Bobby Fisher”. Okay, that’s one. Pawn Sacrifice, Life of a King, Queen To Play, Brooklyn Castle, Ivory Tower, The Seventh Seal, Star Wars, Harry Potter, The Chess Player… Okay, that’s enough. Ooh, what about that multi-level chess thing in Star Trek? Shut up, Nerd! 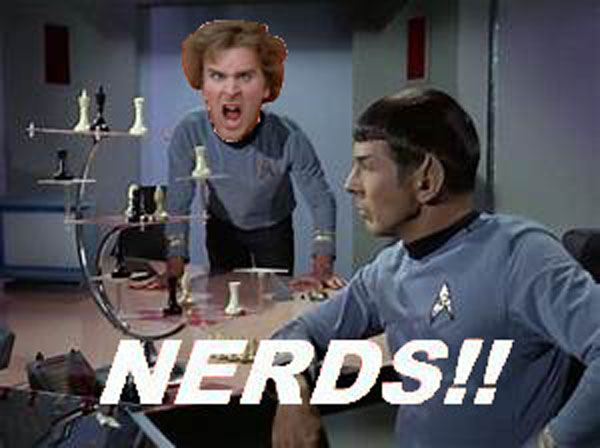 My point is all those movies and shows are BORING! But not the mother of all Tic-Tac-Toe cameos. I’m talking about WARGAMES!!!

But he didn’t break into some software start-up. He broke into the civil defense system at NORAD. Oh no! And the WOPR computer now thinks it’s playing Nuclear War for real! Double Oh no! Wait, isn’t this how the Terminator thing starts? Nevermind.

So now, Ferris Bueller gets captured by the Air Force, escapes from the NORAD Civil Defense, and then breaks back onto the base just so that he and the computer can play a game. And just what game do you think he wants to play? Tic-Tac-mother-forking-shirtballs-Toe.

Through the power and magic of Tic-Tac-Toe, and some fancy, flashing lights and explosions, the WOPR computer learns a valuable and life-as-we-know-it saving lesson. Global Thermonuclear War, like Tic-Tac-Toe, is “A strange game. The only winning move is not to play.” Let’s see chess save the world from annihilation. Hah!

You want more? I haven’t even talked about Tic-Tac-Toss, or Ping-Tac-Toe, or Tic-Tac-Dough, or Connect Four, or Beat the Teacher, or Elle King’s “Ex’s & Oh’s”, or the Tic-Tac-Toe playing chicken at the Tropicana Casino in Las Vegas, or the fact that Tic-Tac-Toe is a result of rising literacy in America, or, how about, “Hollywood Squares”; and I’m talking the real Hollywood Squares with that pinnacle icon of snarky wit, Paul Lynde, not that bastard version with Whoopi Goldberg!!!!

Tic-Tac-Toe rules! It’s the coolest, the funnest, the awsomeiest, the amazingest, the stupedenousest, the unbelieveablest… I could go on and on; get me a Thesaurus, T’aint no thing tempted to topple the top test of thinking technique and thrilling tenacity. Tic-Tac-Toe. Learn it. Love it. Live it.

As always, Happy April Fool’s Day, and Game On!

“Would you like to play a game? – Joshua (WOPR)

One thought on “Tic-Tac-Toe”