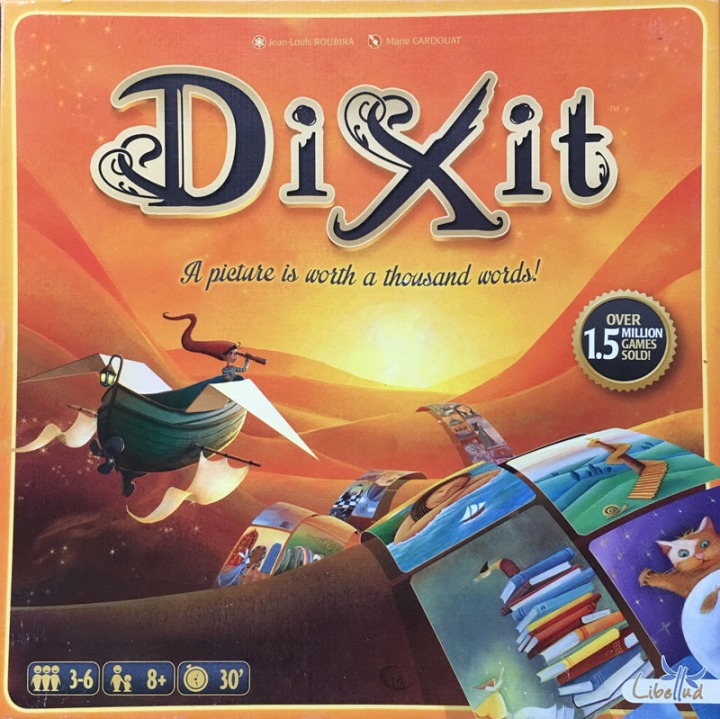 We cannot state this more plainly; we love this game. Dixit is such a marvelous gem of a game that there should be a law making it mandatory to own a copy.

You want to get a driver’s license? That’s great; do you have proof of Dixit ownership? Want to get married? I hope Dixit is in the dowry. Need to get a loan? Do you have Dixit to use as collateral?

The world would be a better place if everyone played Dixit. It is a wonderful game. The rules are simple. The gameplay is fun and thought-provoking. The components are gorgeous. It is no surprise that Dixit won the 2010 Game of the Year Award. It is easily one of the best games in decades. 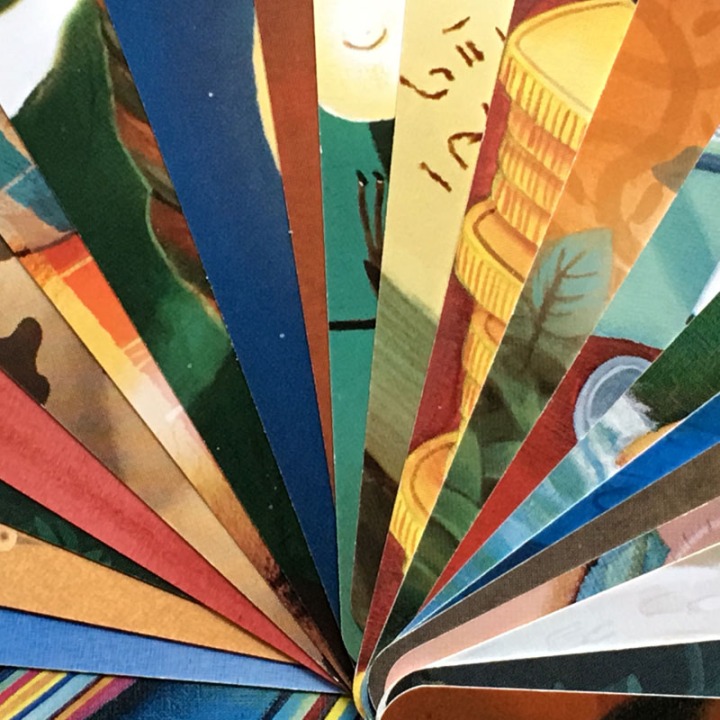 And as if all this was not enough, the game is great for players of all ages and with groups of mixed ages. It is the perfect family game. Parents and children alike can enjoy the game together and neither has a distinct advantage over the other.

The game is elegant in its simplicity and exquisite in its execution. Each player had six cards in their hand. Each card has a picture of unique and original art, but more on that later. When it is your turn you chose a card from your hand that reminds you of something, anything.

You give your fellow players a clue that represents your chosen card. It might be a word, or a phrase, or the title of a book, song, or show, or something else. Then the other players select a card from their hand that best represents your clue.

The cards are displayed in random order, and the players vote on the one they think is your card.

Points are scored based upon which players received votes. Play proceeds and the next player get to choose the clue. The first player to 30 points is the winner.

That’s the game and its simple structure belies its brilliance. The value of clue giving cannot be understated. Your clues can be as simple or as difficult as you want. But if your clue is too easy and everyone guesses your card, then you score zero points. Subsequently, if your clue is too hard and no one guesses correctly, you also score zero points. The trick is that you want some players to get the right answer but not everyone. So, your clue should be that perfect balance of relevance and obscurity.

Certainly, players with shared experiences and knowledge have an advantage of others and older player will have a broader base from which to create clues, but that is no guarantee of victory. And believe me when I say that two or more children playing with adults will have a completely exclusive set of ideas and references that adults will be baffled by. Your kids will probably win.

But most importantly, and I’ve saved the best for last, is the cards themselves and the game’s overall theme.

And there are hundreds of them. I find the creativity and specificity of each moment juxtaposed with the breadth of its scope, staggering. I am heady with exultation and expectation every time I look through the decks of cards. The depiction of the human condition whilst viewed through the veil of the subconscious offers the active observer a conduit into their own inner psyche…

Oh my god. What happened? I am so sorry for the pretentious art nerd verbiage. Thank you for indulging me. Where was I?

Seriously, the creators of Dixit are clearly influenced by the words of Sigmund Freud and Carl Jung. And they are artistically inspired by the works of Salvador Dali, Max Ernst and Rene Margritte (my personal favorite Surrealist). In fact, I suggest that a collage of Dixit cards could hang in the MOMA right next to Margitte’s “The False Mirror”.

Surrealism is a brilliant style for this game. While there are darker, more grotesque subsets to the form, the surrealism of Dixit is whimsical and wry. Many cards offer a hint of melancholy or macabre, but this only expands on their charm and they bring emphasis to the bright, but certainly off-kilter nature of the majority. Wow, Dixit really is a microcosm of humanity.

Alright, alright, I could go on about how brilliant everything is with Dixit. But we do have a few minor quibbles. Now we love the meeples; little bunnies hopping around the board in Dreamland. But they do tend to fall over a lot. And the board is small and cramped. When the bunnies fall over en mass, it is impossible to remember exactly where your scores were at. That’s it. That our only issue.

My wife, Diane, requires that I add that the only reason she did not put this game in her Top Ten List is because we have played this game to death. She is absolutely correct, but that just means we get to buy more expansion packs. Yea, capitalism. The game even has room in the box for more cards. Dixit is genius!

For those who are curious, Dixit is most commonly used is in the Latin phrase “Ipse Dixit” which means “he said it himself”. Loosely translated it means one’s opinion without proof, which is also an apt description of Dixit. 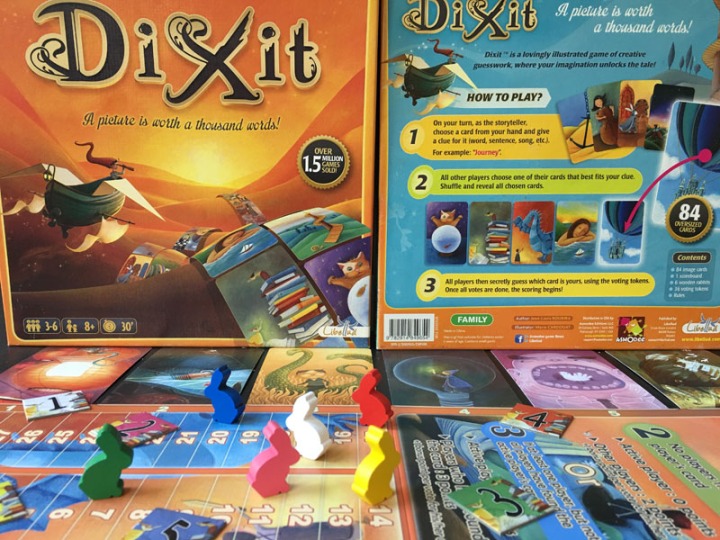 As always, On aime tous les jeux, surtout Dixit, and Game On!

Give me two hours a day in activity, and I’ll take the other twenty-two in dreams – Salvador Dali