Wow! I can’t believe that a year has already passed since I began this website/blog. I basically started this thing on a dare, and it has been a fun and unique challenge. I felt good to get back to writing again, even if it’s not my Great American Novel. Yet.

I wanted to give this project a year, to see if I could produce enough articles (I hate the term “content”) to make it worthwhile. I hoped that a post a week would be a manageable start. Incredibly, I managed to churn out over 60 posts. Good, but I need to do better.

I only published 23 game reviews and I want that number to be higher. But it is surprisingly hard to crank them out. I strive to be sincere and witty in my writing, which is way more difficult than writing in my natural state, obnoxious and sarcastic. But that doesn’t serve our purpose of creating quality family-friendly advice for the incidental gamer. 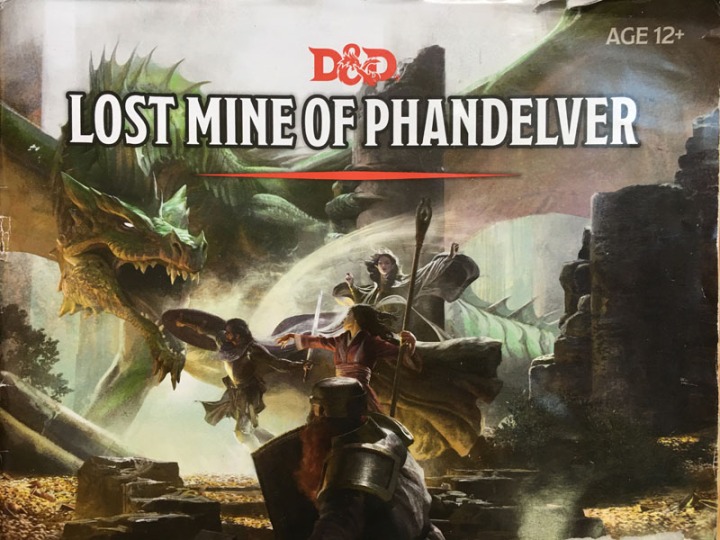 I was surprised at how popular the D&D content was. In total, D&D amounted to 75% of all my views and The Lost Mine of Phandelver Resources Page, where I uploaded every map, handout, and extra that I used to run that excellent Starter Set adventure, was my most viewed post of all. Clearly, there is a need for this information, so I will happily continue to give it to you. BTW, the Diary of that campaign starts here: The Lost Mine of Phandelver – Session 0

I am currently running two campaigns. One is silly and fun. All of the players are actually monsters, that I call the Menagerie, who are running through the Essentials Kit adventure, The Dragon of Icespire Peak. It might be great, it might implode; but we’ll find out and I’ll tell you all about it. The Diary of this campaign starts here: Dragon of Icespire Peak – Session 1.

The second, more serious, campaign is running through an amalgamation of two adventure books, Waterdeep – Dragon Heist & Tales of the Yawning Portal. This campaign has the players, whom I have dubbed the Saviors (of Phandalin), live through, and in some cases cause, the tumultuous events of the Second Sundering, which was the catalyst for 5th Edition D&D. All while playing through some of the classic OSR modules of the past and visiting the events of several novels including Blackstaff Tower, Godcatcher, and even the Avatar Trilogy. The Diary of this campaign starts here: Waterdeep: Dragon Heist – Session 1

Needless to say, I will have Campaign Resource Pages for all these adventures and maybe even playable modules for the novel adaptations.

Moving on to the main focus of the website; playing board games as a family. My most viewed game review was, by far, for an obscure game called Atmosfear “The Harbingers”, which was a strange DVD comedy/horror game that came out in the 1990’s. Similarly, when I write a “mainstream” review, for instance, Azul, Catan, Dixit, or Quelf, despite being superior prose, with funnier asides and cooler photos, it tends to get lost in the noise of all the other reviews.

In semi-related news, I was blown away at PAX Unplugged back in December, where I met a ton of great independent game designers and developers. There are so many good and under-appreciated games that get invented each year. Some gain moderate success, some disappear into the nether, and a very small few knock it out of the park, but all of them need our love.

To that end, we have put a new feature into the Game Night roster; The Independent Showcase. The Independent Showcase will feature games created by the small companies and the self-published designers. Sometimes I’ll talk about one developer’s catalog of games, or games that fall into similar genres, or what’s new on Kickstarter or the convention circuit. Our first such review is for a unique twist on Password games, called Haiclue.

Hopefully, this will give them all a little more exposure, which is vital to the industry for the consumer, because nothing breeds innovation like competition. Unless you like a bazillion copies of Monoploy, in which case, shame on you. These posts won’t be tied to a particular day, like Main Game Monday, but I will try to put them out on Tuesdays, my lowest volume day.

The last bit of news is the one I am most excited about and most terrified. While at PAX, I went to a panel discussion that changed my life. There are but a handful of moments that truly define a man’s destiny, and this was one of them.

The panel was called, appropriately enough, “The Resources that Changed my Game Design Life.” The panel was led by 5 independent game designers. They were all great, but one in particular really struck a chord with me. Her name is Nicole from Cardboard Fortress Games. She is the creative spirit behind the games, Resistor, Lazer Ryders, and Centipede!, based on the video game. She was so forthcoming, welcoming, and enthusiastic that she made being a game designers seem like a valid goal and not just some ludicrous pipe dream.

Now, I had never considered such a path. I am a game consumer with zero new ideas, and I was content to feed my artistic side with this website as a hobby. But after the panel, I couldn’t sleep. I tossed and turned, my synapses firing like crazy. At 4am, I was wide awake and newly obsessed. In my head was the name of a new game development company and four new game ideas, one of which sprang to my head whole cloth, like a perfect Beatles’ song.

I can’t give out too many details yet, because this is to be a business, and there are certain aspects that might need to be worked out first, like licenses, trademarks, and copyright (I have no idea if that’s true). But I did buy the domain name, so that’s a start.

I will try and share this endeavor with you throughout, with finally, an actual blog on my blog site. It will be in the new Workshop Wednesday section, which will replace Wordless Wednesday. I’ll still do the pics for my Wordless Wall, because I like the “Guess the Game” aspect, but they won’t have an entire category anymore.

That’s about it. If I were to describe Family Game Night in 2020 with one word, it would be MORE. More games, more D&D, more reviews, and more fun! And we would love to have everyone, and that includes my elusive joke-crush, Wil Wheaton, to come along for the ride.

As always, while riding along life’s highway, embrace the journey not the destination, and Game On!

One thought on “Family Game Night – One Year Anniversary 2020”