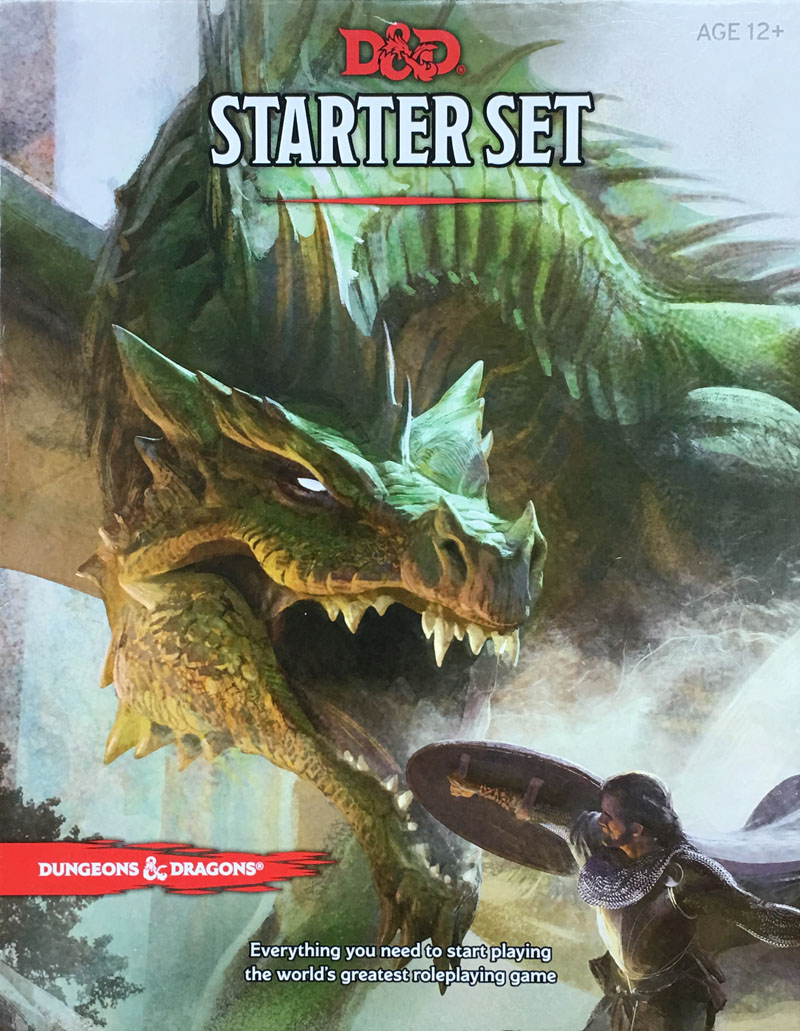 What happened to my ThAC0? What the hell is a ThAC0?

My sons wants to play Dungeons & Dragons.  I, like a fool, offer to teach him.  I used to play back in the 70’s and 80’s, so I knew the Original game up through 2nd Edition.  This should be easy.  I’m sure that this new 5th Edition is just an extension or expansion of the game I know.

Wrong.  The first thing I realize is that almost all the core rules have changed from my halcyon days of Advanced D&D.

Where’s my attack matrix? How can a fighter and a wizard have the same chance to hit something?  Where’s my 18/00 Strength? So, ThAC0 is completely gone now?  Wait, Armor Class is reversed too?  What do you mean; I don’t get more XP for having a high requisite stat?  What my Saving Throw vs. Death? vs. Polymorph? vs. Rod, Staff or Wand?  What the hell is Passive Perception?  What is Initiative bonus? Proficiency bonus?  I could go on and on.

Even for first time players the rules are relatively uncomplicated.  Still bear in mind that this is a really complex game with a very high learning curve.  This is not Candyland.  Unless you wanted to set the adventure in Candyland, with Gumdrop Goblins and Lollypop Trolls.  That could be fun and different.  Mostly different. And Weird.

So, I bought the D&D 5th Edition Starter Set. But was it worth it? Will it teach me the game? How is it different from the official core Rule Books? Let’s find out.

The Starter Set comes with a 32-page Starter Set Rulebook, a 64-page Novice Adventure, 5 pre-generated Characters, and 6 polyhedral dice. All this for only $15 on Amazon. This is a great value. Just buying another set of dice will cost you $10.

But if you are the new player in a group of experienced role-players, then you don’t need this starter set. First off, no one would ask you to be the DM of that group. The DM is usually the most experienced one of the group (though not always). Secondly, even if no one has a copy of the Player’s Handbook (unlikely), then you can find a free copy of the basic rules online on the D&D Beyond website. 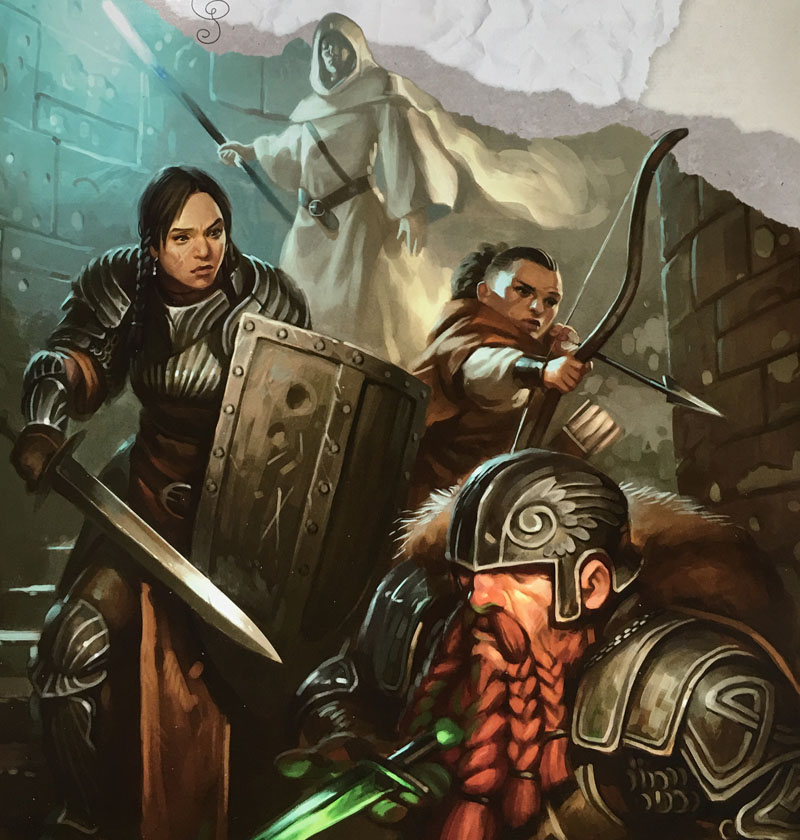 But back to the Starter Set. The rules do a decent job of relaying the basic rules of D&D and is divided into four chapters.

Chapter 1 goes over the core mechanics of the game. Chapter 2 details Combat and Healing. Chapter 3 is all about Adventuring outside of combat. Chapter 4 is a simplified system of Spellcasting and a pared down list of Spells.

The rules do a good job of telling you what to do, but they don’t even bother attempting to explain why or how a statistic is determined. As a semi-experienced player, I found this very frustrating.

For example, on the pre-generated characters, the Wizard did not have his Passive Perception printed on the sheet. Passive Perception is used to determine if a character is surprised by a monster jumping out of the shadows. This happens a lot in D&D, so it is used often.

But nowhere in the starter rules does it explain how that number is generated. It took me forever to reverse engineer that Passive Perception = 10 + Wisdom modifier + Proficiency modifier, but only if proficient in Perception. Even knowing the rule now, it doesn’t read as a very intuitive rule.

This leads to my other issue. The starter box, as is, can only be played with the 5 pre-generated characters. They can not be altered in any way, and you must follow the level advancement exactly as they tell you.

Now I understand that this was done to not overwhelm beginner players with too many options and allows you to skip the long character creation process and jump right into playing. But this robs the player the chance to really experience the best part of playing D&D.

When we first played with these characters, my player appreciated the back-story hooks that each character had to tie them into the adventure. But they felt no connection to these characters.

In short, my players didn’t feel like the characters truly belonged to them. They were not happy with their characters.

There is nothing worse than playing D&D with a character that you do not enjoy. If you cannot love your character, then you are no better off than just playing a board game.

Immediately after our first session, I bought the Player’s Handbook. The players all stayed with their basic characters; Human Fighter, Dwarven Cleric, Elven Wizard, and Halfling Thief. But now they rolled each of their own Ability Scores. They placed the scores where they wanted. They picked the skills they wanted. They made these boring standard characters unique and special.

They now all love these characters. They care about playing them. They are now actually role-playing. And this is all any good DM wants to see in his game.

There are a few other issues that the shortened rule book failed to make clear, especially the Halfling Thief’s ability to hide during combat, but these were minor.

I will review the Starter Adventure at length in my Campaign Diary, but suffice it to say, that it is a good beginner module and a great value for the money.

To sum up, the D&D Starter Set is a good product to indoctrinate yourself with a new and immersive hobby. The included adventure and the dice alone are worth more than it costs. But to truly understand how the game works you will need to buy the Player’s Handbook.

One last note. To help my player learn the rules better, I typed up a PDF file with a quick reference to combat and adventuring. Feel free to use it if it will help your players.