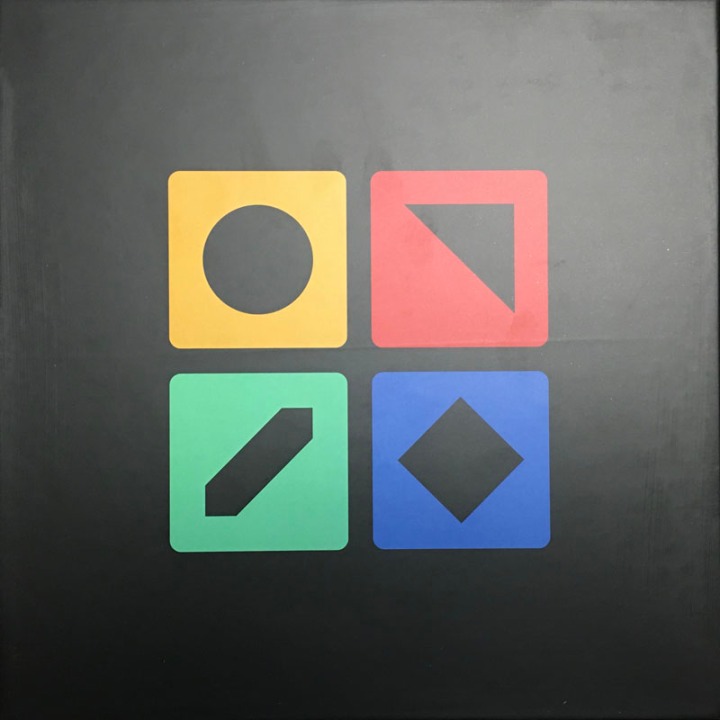 As we enter the new year, we want to put more focus on independent game designers. To that end, for our first review of 2020, we will start with our very first Kickstarter Game purchase.

Here at Family Game Night, we (that is, Mom and Dad) love Password and Word Association games. Language is at the core of human understanding, and who couldn’t benefit from a little more human understanding these days? Five of the games in our Top 20 are Word Association games (Apples to Apples, Codenames, Just One, Funglish, and Chameleon). But is there room for one more?

May I present Haiclue. This is an portmanteau of the word Haiku. Haiku is the Japanese style of poetry that is unique for its distinctive metre. We’ll get to the prosaic prose from the land of the rising sun soon, but for now, don’t fret; you do not need to be Basho or Issa, Robert Frost or even Dr. Seuss to enjoy playing this game.

The game consists of hundreds of word tiles which act as the secret words and the clue words interchangeably. Each player takes 15 tiles for their word pool. Arrange these tiles in front of you with the white side face up. Another 12 tiles will be used for the secret word of the round. Place them in 4 stacks of 3 also with the white side up. The last part of the setup is the four voting tokens. Each player takes a set and another is placed, one in front of each stack of secret words.

Once the table is set up, each player is dealt a secret word card. The card has one symbol one it indicating your word for the round. Your task is to put together clues using your pool of words. You can have as many clues as you want or as few. In turn, the player’s clues are revealed, guesses are made using the voting tokens, and points are scored based upon the correct answers.

The beauty of the game is that sometimes the clues are elegantly simple and sometimes they are outrageously awful. At first glance, none of the words ever seem to have any connection with the other words. But eventually, patterns emerge, revelations will be made, synergy is achieved, and eternal consciousness attained. And sometimes you’ll just have a bunch of garbage clues. Another unique aspect is that it is completely possible for all players to have the same secret word. This can lead to an amazing array of antithetical answers. See, isn’t language fun?

At the end of Round 1, all of the tiles are flipped to the black side, and at the end of Round 2 all the tiles are passed to the player on the left. This routine of flipping and passing continues until 6 Rounds are completed. This revolving cycle guarantees that you have a constantly evolving set of words to play with; another unique feature of the game.

That’s the game; short and simple to learn, complex and cerebral to play. Except for one more detail. There is a variant of the game that expands on the “easy” one, two, or three word clues of the base game. This is the Haiku variant.

Instead of simple clues, your entire clue must be in the form of a Haiku. A Haiku is a poem that consists of three lines. Rhyme is not required, but each line must have a specific rhythm. The first line is five syllables long. The second line in seven and the third is again five syllables. The sublime brilliance of Haiku is in using so few words to depict deep understanding. Precisely the theme of this game. As an example, the opening of this review is written in haiku (badly).

Due to the added difficulty, your pool of word tiles is increased to 20. And you’re gonna need it; the Haiku variant is deviously difficult, but deliciously so. We love playing the Haiku variant, but even we acknowledge that it might require too much mental acuity for 6 rounds of play, especially with children. My youngest summed it up succinctly, “It makes my brain hurt.”

When we play with the kids we play the first few rounds the regular way, and the last two in Haiku. Speaking of kids, yes, the game is perfect for playing with the family. This game is good for people of all ages, and we would play the base game with the kids as soon as they can read. Although to truly enjoy the game, I would recomend playing with ages 10+. And any game that surreptitiously improves vocabulary and language arts while “playing” gets bonus points in our house.

But the game isn’t perfect. The process of flipping and passing 15-20 tiles each round is a hassle. Even though this is necessary to avoid word stagnation. Also, the method of keeping score with little tokens, and the constant state of tabulating and exchanging said tokens is a pain. It is frankly much easier to keep score with a pad of paper.

Unfortunately, this game suffers from the same issue of many word games; that of balance. Yin and Yang. In most word games, there are two roles, that of the Clue Giver and that of the Guesser. Very few games achieve perfect balance between the two; it is natural that one side is favored over the other. But with Haiclue, the Yin is clearly on the Clue Giver side of the taijitu. Or is it the Yang?

The challenge and the fun of the game come with creating the clues. The guessing is almost an afterthought. It is usually very easy to guess correctly based on the limited choices, and even when you guess wrong the reaction is usually, “Eh, whatever.” There is no attachment to any of the answers, which is most unfortunate, because the Clue Giving is so much fun.

The bottom line is that if you are a fan of Word Games (like us) then Haiclue would be a fun, unique game to add to your collection. The game initally started on Kickstarter, and is currently going through a printing issue, but hopefully it will be widely available soon. It is a good game with an acerbic literary heritage that you will enjoy playing whenever you play it, but it probably won’t be in your heavy game night rotation.

As always, games are / Man’s way of understanding / Himself, so Game On!

A world of dew, / And within every dewdrop / A world of struggle – Kobayashi Issa